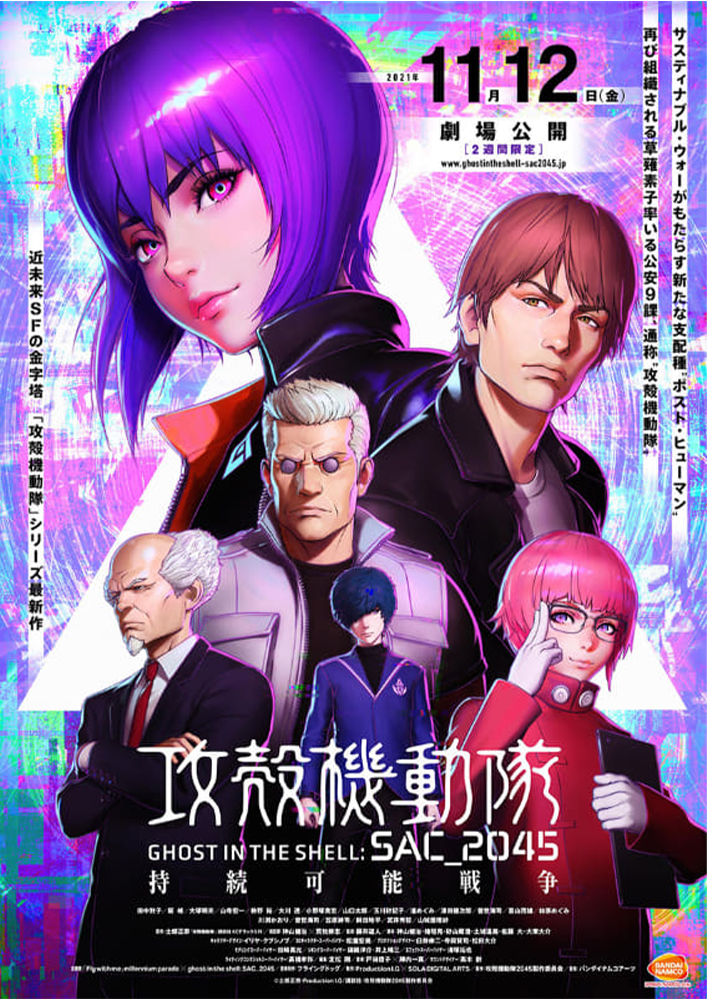 Ghost in the Shell SAC_2045 Sustainable War is a feature-length animated theatrical release compiling the first season of the series with additional new scenes.

Public Security Section 9, the reactive barrier team led by full-body cyborg Motoko Kusanagi, confronts cybercrimes in the near future where people’s will is connected to “cyberbrain”.

Based on Shirow Masamune’s “THE GHOST IN THE SHELL” comic released in 1989, this franchise is widely adapted from animated film to the Hollywood live-action film and others.

Rick and Morty: The Great Yokai Battle of Akihabara ≫